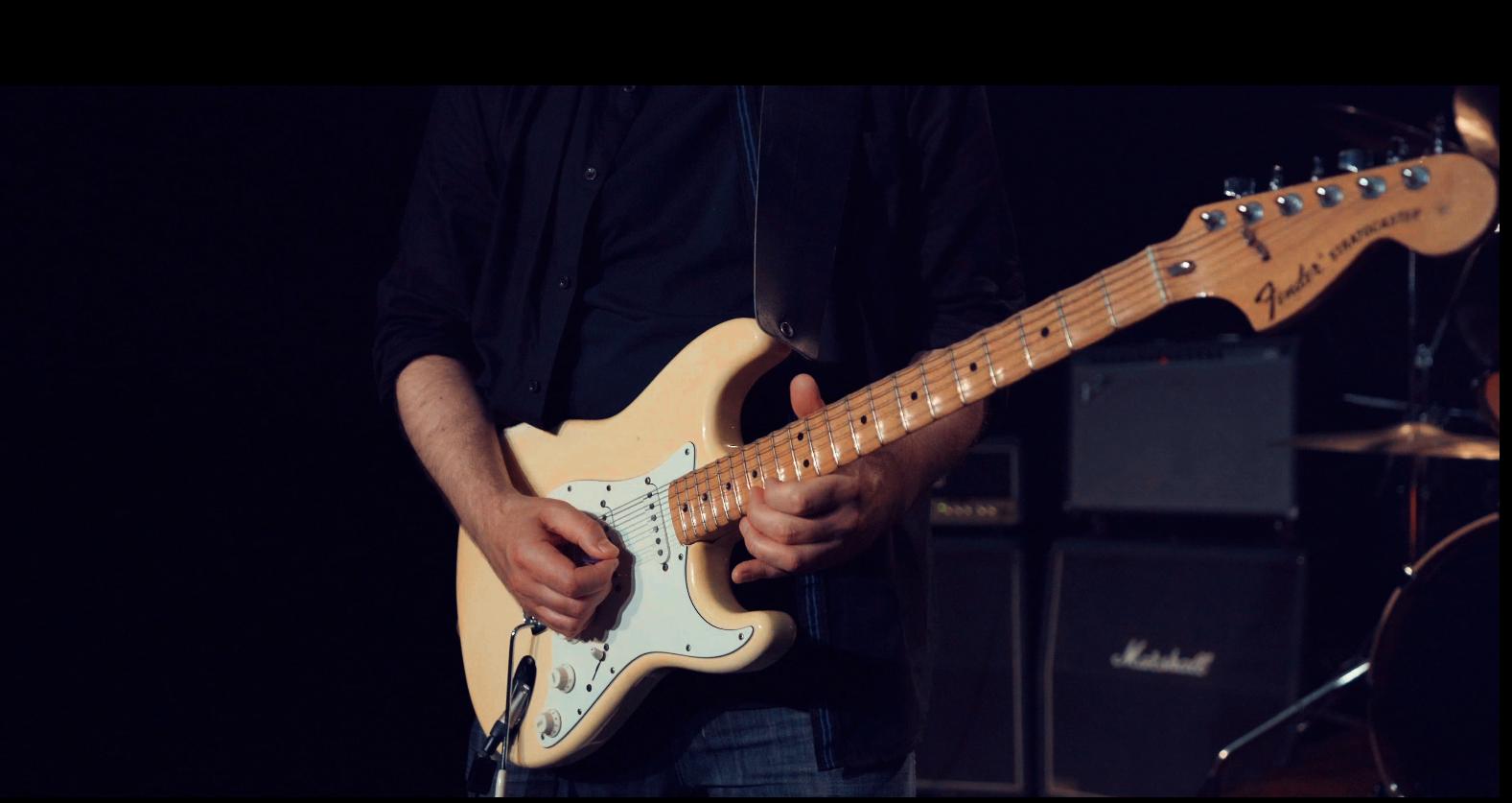 Mike Milan Dedic is an Instrumentalist from Toronto. He is an independent artist that has been working on his personal work for quite a while and has recently been making some noise to get some attention. I think his timing is good, because, well, his craft is also very good. Good enough to share to a critical audience and begin to win them over. He is showing a lot of dedication and hard work, and the results should bring in an audience that will appreciate him. He contacted me a while back to show off his video, and it was a nice surprise. The music sounded similar to Joe Satriani, simply a hard rocking blues numbers that would wake you up and get you into that air guitar kind of mood. Here is the video that will prove it.

MMD – Well, I’ve been at this (off and on) for a very long time.
I started playing guitar at the age of twelve (1980-81) and shortly after, started writing music. My very first band was called ‘Scraps of Iron’ that I formed with a childhood friend “Derek Emerson’, whom I still keep in touch with today. Actually, our first live performance was at our school’s Grade 8 Halloween dance and I remember that Derek had to get ‘School Board’ permission, as he resided out of district at that time. Being on stage in front of your peers for the very first time was quite nerve racking but quite a blast too!

BT – Describe your musical style:
MMD – It is really hard to describe yourself as a guitar player.
I like so many styles of music, but I guess essentially it all comes to evolve around the guitar itself. That being said, I’d have to say that I’m a Rock Instrumentalist.

BT – What are you listening to right now?
MMD – I generally listen to whatever I hear on the radio or that is brought to my attention. I don’t go out of my way to put on a specific artist’s album or anything. I’ve found that over the years, there is so much good music out there in many genres. ie: Classical, Jazz, Blues, Rock, Reggae etc….

BT – Where do you see yourselves 5 years from now?
MMD – I’ll most certainly continue to dabble and compose Rock Instrumentals. It’s clearly where I like to express myself the most. In recent years I’ve had the privilege of working with two super-talented musicians:

They’ve certainly added so much in making my compositions sound so much better! I’m quite thankful to them for that! Additionally, I’d like to explore other musical avenues and collaborate with more artists & groups
if possible.

BT – Musically, how are you growing?
MMD – I’m growing everyday as a musician just from daily experiences.
Sometimes inspiration comes from the most peculiar places and can add such value to the writing and expressivess of one’s playing.

BT – What instruments do you own?
MMD – In recent years, I’ve downsized my guitar collection quite substantially. I currently only own three guitars: They are all Fender Stratocastors of course! LOL! A 1972; 1974 & 1975 !

BT – Are you recording in a studio, if Yes which one?
MMD – We are currently in the midst of releasing another song.
Once again, it is an older song of mine (RUN) that we decided to rebuild.
It should be available in the next few weeks at iTunes, GooglePlay, Spotify etc….

BT – What advice would you give to another similar musician?
MMD – Anyone choosing to play Guitar Rock Instrumental music is going to find themselves in a very ‘small marketplace’. That’s for sure!!!! If they enjoy what they do, that’s what counts.

BT – Who would you love to work with if you could?
MMD – Wow! There are so many incredible musicians out there, I wouldn’t know where to begin. Our world is full of so many great singers, guitarists, bass players, drummers & keyboard players. I guess for me it would be who I could develop some sort of chemistry with and inspiration to work with. Sometimes it’s not the caliber of the musician, but rather the compatibility that can make all the difference!

BT – Your top 3 albums:
MMD – This is very difficult for me to narrow down to 3 albums, but I guess from a guitarist perspective and who made great impressions on me, it would be the following:

Here are some images of Mike Milan Dedic: