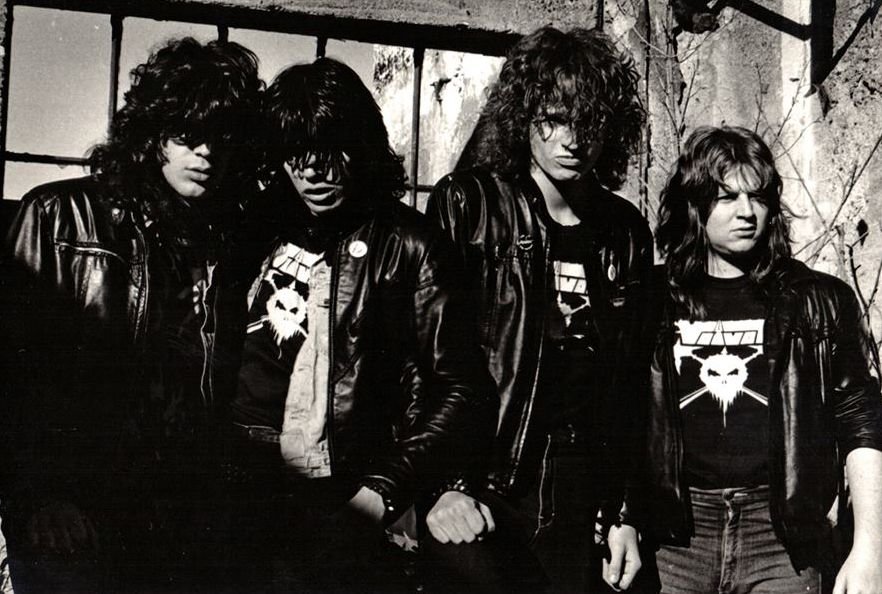 Here is a quick history lesson on Heavy Metal. 1980 saw the explosion of Heavy Metal and it was coming from the Uk. This period was called the New Wave of British Heavy Metal. Bands like Judas Priest, Iron Maiden and Motorhead engrained themselves in the North American Psyche as well as taking over the rest of the world. This was a period that excited rebellious teenagers and scared the crap out of parents. By 1984 the scene had become mainstream and kids were looking for something new. Bands like Metallica and Venom began to show up on the radar, and it even scared some of the teens, because music reached a level noise and speed that was unheard of.

Canada was not a country that was producing much metal. We had a few bands that showed promised, which I will discuss later. In 1984 a strange growl was coming out of Quebec and no one was ready to embrace this new sound. The band was pure thrash, completely ugly and musically sounded like a mutated monster. The sound was so original that it got very little attention due to it highly aggressive nature. The band is called Voivod and it seemed that they climbed out of the primordial ooze from the 4th dimension.

I chose their first album, War and Pain, because there was no other sound in the world that came from any other band then. The compositions were incredibly sloppy, the speed was some of the fastest sounds happening at that time, and the artwork was torturous to look at. There was nothing sleek nor did it contain and kind of hook to make the songs more accessible. The band consisted of Throat, Insults, screaming torture- Snake. On Thunder Machine you had, Away, who was the artist for the band as well. On Blower Bass was Blacky, and the guy burning metal axe was Piggy. The song choices from this album were:

And the Epic- Nuclear War.

The band would survive over the years with a couple of changes in the lineup, but so far they have 15 recording and a handful of live albums. Their last release-“The Wake” finally got this band some respect and they received a Juno for this Progressive Bone Crusher.

As a side note, in 1988 I went to photography Voivod on their Dimension Hatross tour and the crowd at The El Mocambo were both excited and a little terrified of what was about to happen on stage. It was the first time I saw a crowd that aggressive and doing a whole of stage diving throughout the evening. Since then, I have been a devote fan to a band that has lasted 35+ years with near to no attention from the radio stations or entertainment world.

Here are some images of Voivod: