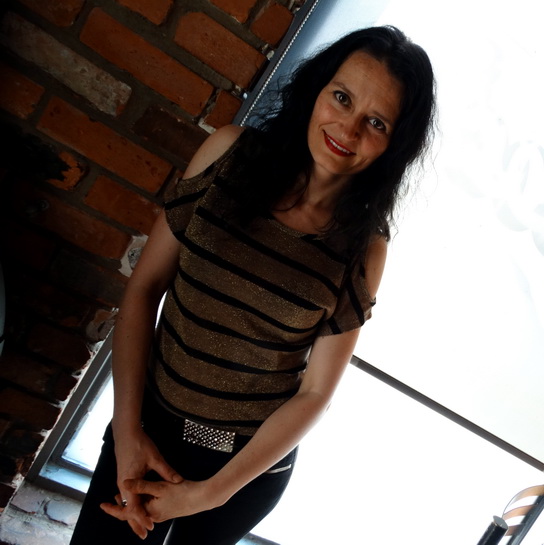 I got down to sit with the very lovely and nice Christina Melanie at a pub in Mississauga called The Roc N Docs. I had a new chance to see this musician play with someone new. The last time I saw her; she was in a Billy Joel tribute act and did a killer job recreating Billy Joel’s piano parts. I started with the obvious question.

BT – What possessed you to get into keyboards?

CM – I heard my sister playing the keyboards and I wanted to learn the songs she was playing.

BT – Did you study professionally?

CM – After hearing her, I went to the Royal Music Conservatory, and then I went to Humber College to get a degree.

BT – I saw you playing with my buddy Leo Franz, so what other bands do you play with?

CM – Oh there are so many, but the two that I am excited about is The Kings and I am also really lucky to be playing with Andy Kim.

BT – Oh my God, my girlfriend will be really jealous.

CM – Well you know he does a Christmas show…

BT – I know, we try to get tickets every year and it sells out.

CM – I will try to get you tickets for this year’s show. I was also in Smith Falls doing a Beatles tribute, and I just got back from Calgary doing an Elvis tribute. I also play in a choir and work with an 80’s band called the Material Men. I also do a couple of variation 80’s show with a bunch of musicians. I am working on a Foreigner/ Journey tribute show, and then of course the Billy Joel tribute.

Christina has also done tributes to Shania Twain, Roy Orbison amongst many other artists.

BT – If you had to guess, how many pieces of music do you know how to play?

CM – Oh, I don’t know, but if I had to guess it would be in the thousand range. This week alone I played about one hundred different songs.

BT – So how is it working with Leo Franz?

CM – I love working with him, the two us working together goes back the farthest.

BT – What do you see doing in the future?

CM – Wow, being in this business is really hard, so you have to have a good schedule and you have to be careful. I would love to be on tour with a good act, but who knows what might come along.

Christina shared with me how hard it is to be a freelance musician. She sometimes plays in the choir, then will run to another job to teach someone music, then do a night time gig with a band. She has done weddings and even funerals. Christina is a very busy woman whom I hope owns a good car, with all the running around that she does.

BT – With your huge repertoire, is there a particular favourite that you love playing?

She even let me know that there was not a song she is sick of playing.

CM – Well I play large stages and festivals, but if I had to choose, I love playing at Timothy’s Pub, because of the ambience. Another place would be The Moonshine Café, and I would also pick the Roc N Doc’s.

BT – Give me your message to your fans.

CM – Thanks you for coming out and supporting me and my music, and continue to come out, because we need people to connect with. I did a show at the TD building to support their 50th anniversary of the building and people were really happy to have this music, because they can be really stiff, and this loosened them up.

With that said, Christina has a gentle way of connecting with her audience and I wish her a beautiful journey to help music stay alive and to continue to be creative in her field. She may play quietly behind the leaders of the band, but those leaders know how important it is to have a quality musician surrounding them.

Here are a couple more pics of Christina Melanie: