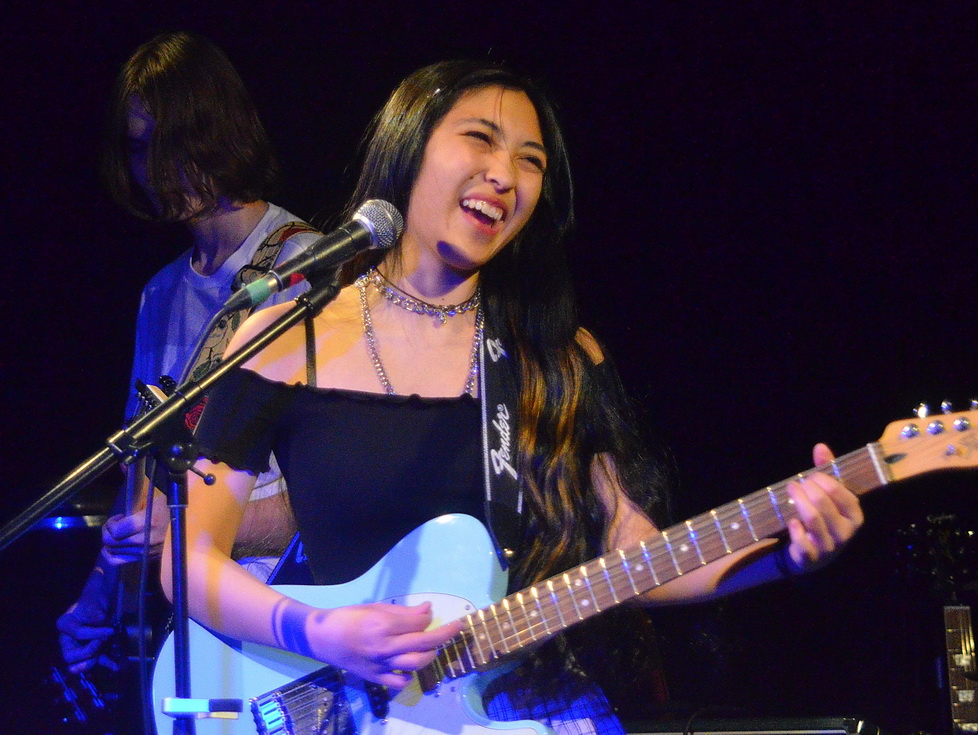 Mute Sounds is one of the most impressive bands I have seen in awhile. So it was a shock to me to learn that they have been together for only one year. The level of playing really goes beyond being together for just one year, so I asked the question, what did you do before Mute Sounds. Bass player Luis came to Canada 12 years ago from Costa Rica and played in bands back in his home Country but really got serious when he came to Canada.

Drummer- Ben, Has been drumming for 10 years and studied various styles of rhythm techniques.  Anything from Acoustic to Hip Hop to Progressive drumming this guy can do just about anything. He was even in a band called Kong for a while.

Keyboardist- Flavio, learned his craft from Portuguese Pop music as well as classic rock. His blend adds that special aura to Mute Sounds as they explore new territories.

Guitarist- Ralf, is a good blend of Canadian and Portuguese sounds. He can rock out on a classic guitar or pick up a Portuguese guitar and play in the style of Fado. His love of ethnic strings and playing in a Portuguese folk group really help round out the growing sound of this band.

I can’t believe I was at their first ever gig at Lee’s Palace just about 5 months ago. Now they are hitting the GTA hard by playing as many shows as possible. Go to their website and purchase tickets there. This is you your chance to see the next emerging band in Toronto before they outgrow us.

Mute Sounds got on stage at the Supermarket and came screaming out of the gate. The people at the very back of the place were cheering as well as clapping. These guys have something to prove and they are doing it with a passion of a young boxer. Their song structure is both elaborate as well as storytelling.  A song like Roads is an entire spiritual journey into personal freedom. It carries the quality of a mini-epic. They showcased two songs that will be on their third recording: Name not divulged as of yet.

Rise, comes from a dark unknown of force, grabs hold of you and like a weed. spreads quickly sending a coded message of hope and strength. They even can get you chanting.

The final encore of the night was another new song called, Dark Surrender. You will just have to get a ticket just to experience this song. I don’t want to give anything away, but I mentioned to the band this is the perfect last song. I hope they continue ending with this on for a long time.

Here are some images of Mute Sounds:

Opening up for Mute Sounds was a fun choice for a band we shall call NERiMA. I talked about them a couple of weeks ago and now I can say I saw some improvements from the last show. The band consists of Alex on drums, Conner on Bass, AJ on guitar and Alexi on Guitar and vocals.

Alexi’s bubbly energy was more confident and their sound was cleaner. Their minor key structures and slightly disheveled compositions have an almost innocent purpose of colouring outside the box. The songs are original and take pride in its youthful energy. I remember their song, Bad Ending. It was a fun piece throughout, but I thought the ending was too neat. I really was hoping for a bad ending. In the end they showed us a fun time. If that is their purpose, they are fulfilling that need.

Here are some images of NERiMA:

If you want tickets to see Mute Sounds here is the link to their site… https://www.mutesoundsmusic.com/event-list/

See what is playing at the Supermarket… https://www.facebook.com/supermkttoronto

← Bob Shaw was smiling down on us!
Sing at Nathan Phillip Square →