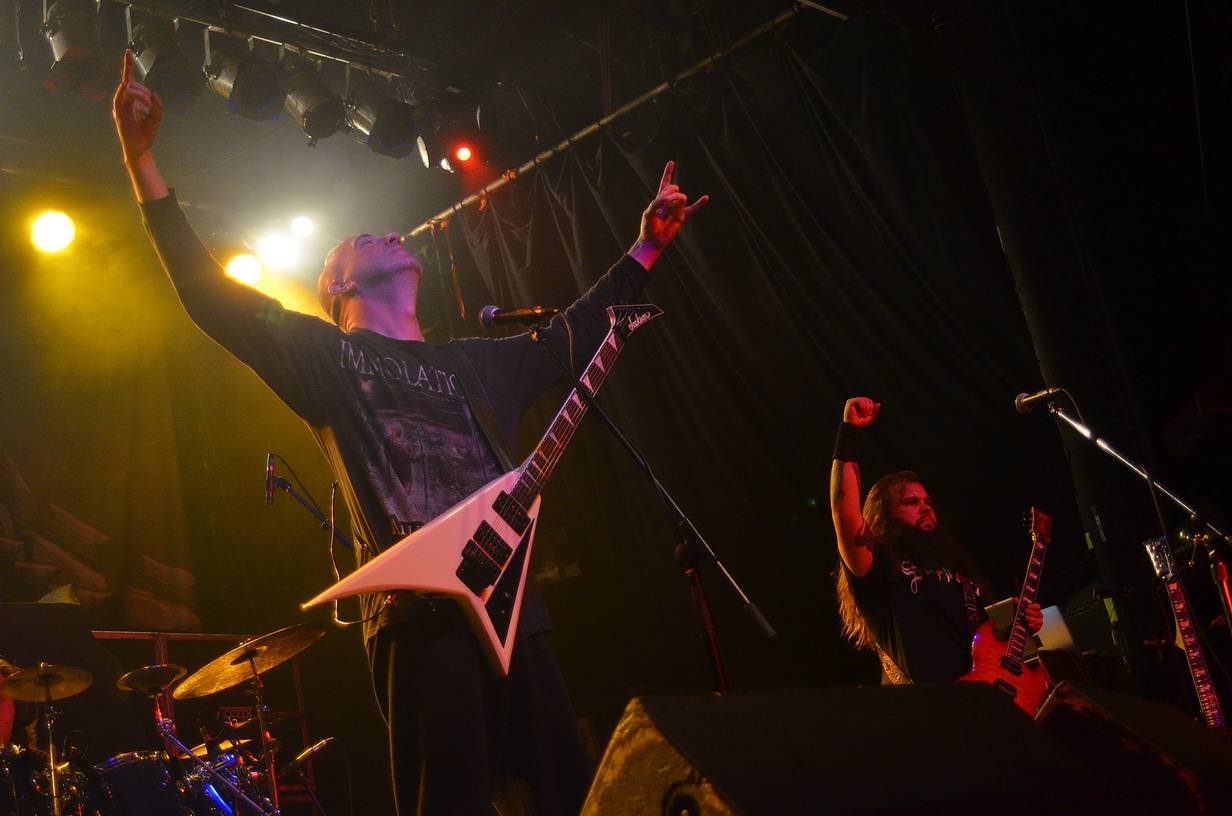 I was lucky enough recently to hear about and even see this Metal Band live in Toronto. Narcotic Wasteland is a Death Metal Band from South Carolina that started about 10 years ago and has been leaving their brand of destruction across America. They came to Toronto and played the Phoenix with a solid crowd of hungry Metalheads waiting to get wasted with them.

They hit the stage and began to assault us with a wall of cationic jubilation that you don’t hear every day! It was solid, it was hard hitting, and it was vibrational ooze that sapped the logic right out of our present day sanity. The lead growl had you howling while the drummer looked like a gunslinger from a spaghetti western with arms flaying about at all times. The Lead guitarist looked like the meanest pit bull ready to bite your face off. The bass player seems to own the show, with his classic head spinning antics that gave everyone whiplash. But it was his unusual bass playing style that stood out and you couldn’t look away. With his fingers flying up and down the fret with the agility of a spider on crack, and his other hand vibrating a thousand miles an hour, this style of playing was just an incredible sight to behold.

Pharma Culture opened the show, but when they went into the second song, “Keeping up with the Jones”, the afterburner were turned on quite quickly and you saw the full power of this band immediately. “Bleed and Swell”, did that to our brains while “The best times have passed” kept things interesting. “You will die alone” showed us a new perspective on our lives and to finish off this incredible assault, “Introspective Nightmares”, kept our minds haunted until the next time they come back to Toronto.

It was an honour to see Death Metal represented from places you would not expect them to rise from. The USA has great Death Metal and it is now a growing concern like the plague as it enters our fair Country!

Here are a few images of Narcotic Wasteland: