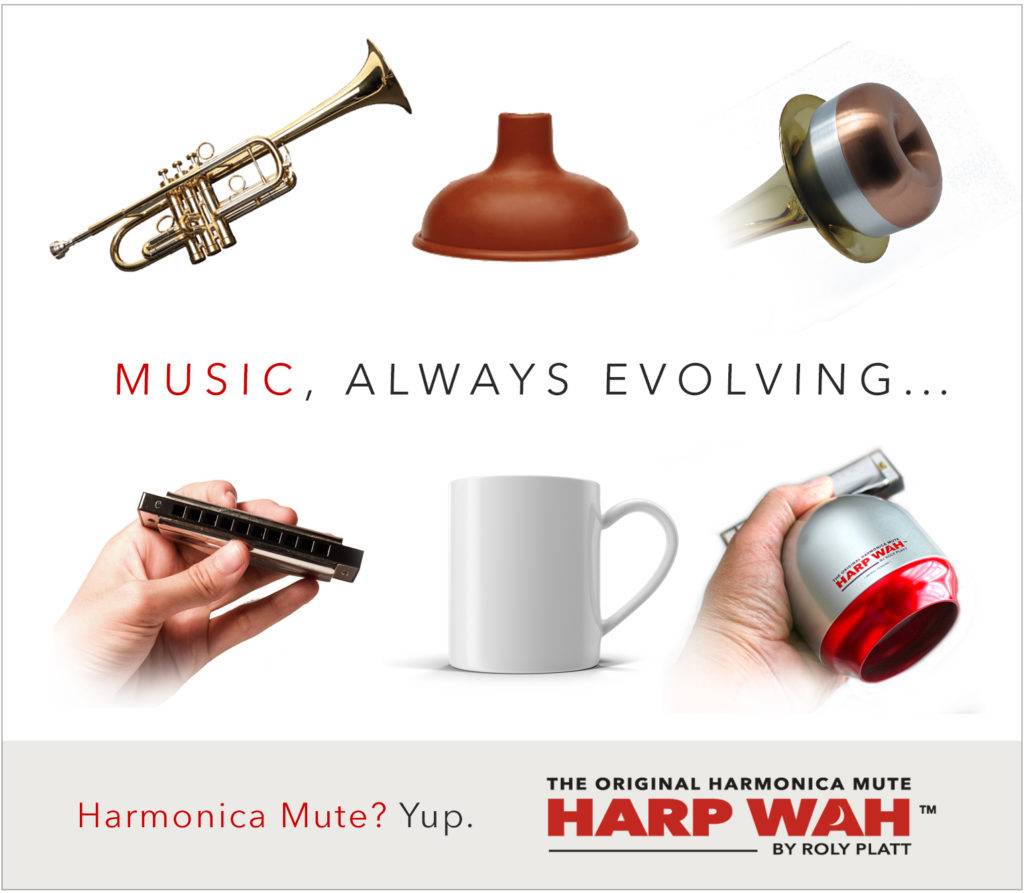 Last week I got to meet a very talented harmonica player named Roly Platt. I was impressed with his skills as a player on various blues styles. What caught my ear was a new sound breathing a new dimension into his harmonica. I am talking about a special tool called the Harp Wah. It added a very unique and quieter sound to the harp, much like a mute for a trumpet. Roly had to change the way he held this tool and even the way of using his hands. The sound was more delicate but still had the flair of the player.

I got to speak with Roly briefly after the show and have him explain this tool that he invented and is  selling to other players out there. If you love playing harmonica, I would encourage you to pick one up and create your own personal style with it.

Roly explained to me, that he would use coffee cups to create this new dampened sound. The problem was that the idea was not that good, a paper cup was not cutting it for the full richness he was searching out. This got Roly to thinking, maybe he should invent something that would work. Roly wanted something that not only looked professional, but could give the freedom to play the way he wanted to play. He wanted something that he could aim into his mike. Convenience was a big factor as well. What makes this apparatus so effective is the fact that it is light weight aluminum that can hold up to bumpy life on the road. It is a one size fits all kind of product, valuable for every player out there. It doesn’t matter if you are right or left handed. You can direct the sound into a mike or free form on stage. It also comes in a nice little sack to protect it.

I won’t tell you everything about it. I think Roly’s website can explain it better than I could. All I know after hearing it live, that I would give it a big thumbs up. To learn and purchase this device, simply go to this site.