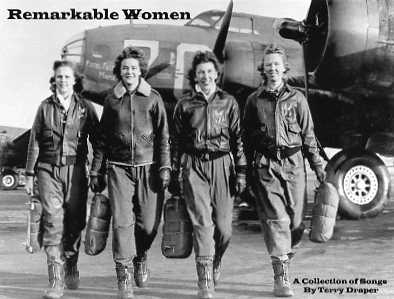 The Fall from grace and the endurance of a true artist, Terry Draper.

Sir Army Suite did very little to push them forward and the record company had little faith in this band, but they had a contract to fulfill and this is how the company handled the situation.

They were losing their contract if they didn’t do it the recording company’s way. So the band flew out to California only to find out that a separate studio band was going to do all the musical work, and Klaatu provides the vocals only. This was truly a low point in their career and their hands were tied. The fourth album they released was called, “Endangered Species”. I now know why they called it that. This band was in dire straits of dying.  Well according to Terry the one great highlight they had was they had a great wreck room to hang out in. They had food and games. So they spent a lot of time playing on the Dolly Parton pinball machine. Apparently this game had extra large bumpers. Just then another artist was passing through to do some recording and walked in the wreck room and said, “Can I play with Y’all”? The band turns around to find The Dolly Parton standing in the room. Now that is a great story. They played pinball together and had an enchanting time with this sweetheart of a country singer. With the band feeling sadder by the day, Rupert Perry said to the band to just sell out for a while, like Steve Miller did, make some money, and then go back to what you want to do. So Klaatu writes a song called, “Sell out, sell out”, and adds the lyrics near the end of the song, “Come out of the clouds, Sir Rupert said, and do what Stevie did, “peddle yourself”. Then they got Sir Rupert on the phone to say, “Peddle yourself”, and they added that to the record. Well after all that work, the album got shelved and only a few copies made it onto the market. Sir Rupert apologized and had the band go back to Canada and record for Capitol Canada.

This was the beginning of the end. They were given a lump sum of money that did not go very far. So they went to Dee long’s place and gave the money to recording people to buy new equipment and Klaatu could take as long as they wanted to finish the record. They based the songs on a space fantasy theme, which makes this band so great and unique. The album that emerged was, Magentalane, the place where this story revolves around. Then came the very strange moment of Klaatu being asked to go out on the road and tour this album. This is something Klaatu has never done before. Terry found three other musicians to help with some of their very large sounds, and they prepared for weeks, and go open for the band, Prism. Personally, it should have been the other way around. Once the tour was over Dee Long quit the band. The rest of the band soon followed a few months later. Klaatu got back together briefly in 2005 because they signed with Bullseye Records. Bullseye Records asked Terry to do a rarities record call Solology. You can hear six live songs that Klaatu performed at Klaatu Kon May 5th,2005 in Toronto. That would be their final performance.

Terry went back to domestic life for a couple of decades, got married, had kids and built a beautiful home in the process. That did not stop him, because once he had his home recording studio, he went back to his creative self and has put out thirteen other records since. His latest on,” Remarkable Women”, will be reviewed in the near future. Terry has an unusual way of selling his music today. If you order a postcard, not only will you get the postcard but the recording is put on a stick in the shape of a guitar along a booklet.

Terry went on to not only show me some of his artwork that he does for some of his recording, but he shared some of his music and how he organizes it for his recordings. When it came to albums you had to start off with something catchy and go until you finish side 1, then side 2 had to finish off with a song where you wanted to hear side 1 again. When organizing a CD, the process is harder because the sequencing of each song is important so it doesn’t sound flat. Terry also is into doing stage productions and has partnered up with another writer and wrote a play called, “Tesla Rocks” and the other one is called, “Let’s write a musical about Amelia Earheart”.  Terry is even working on a third musical about Sherlock Holmes. I got to listen to some demos and they just put a smile on my face. They have a campiness that you can’t help but enjoy. If any reader knows an artist named Van Dyke Parks, then you will understand what Terry is doing. Terry is even in a cover band called “An evening with Adele”, and up front on stage is a woman named Brenda who has a spectacular voice doing Adele songs. Brenda apparently is a small brunette, but dresses the part of Adele and even has her accent. This is something every Adele fan should go out and see. As we began to wrap up our time together, Terry ran through a bunch of his past songs. His style is his own, but you hear  very sweet songs, world music, and of course some great spacey sounds. Terry is the kind of guy who has a unique creativity and has a very approachable personality. I hope he keeps creating and performs live. For any Klaatu fan, this would truly be a pure treat.

To read about Terry Draper or to buy some of these great CD’s go to… http://www.terrydraper.com/

← A State of Hope
Surreal Gets Real →