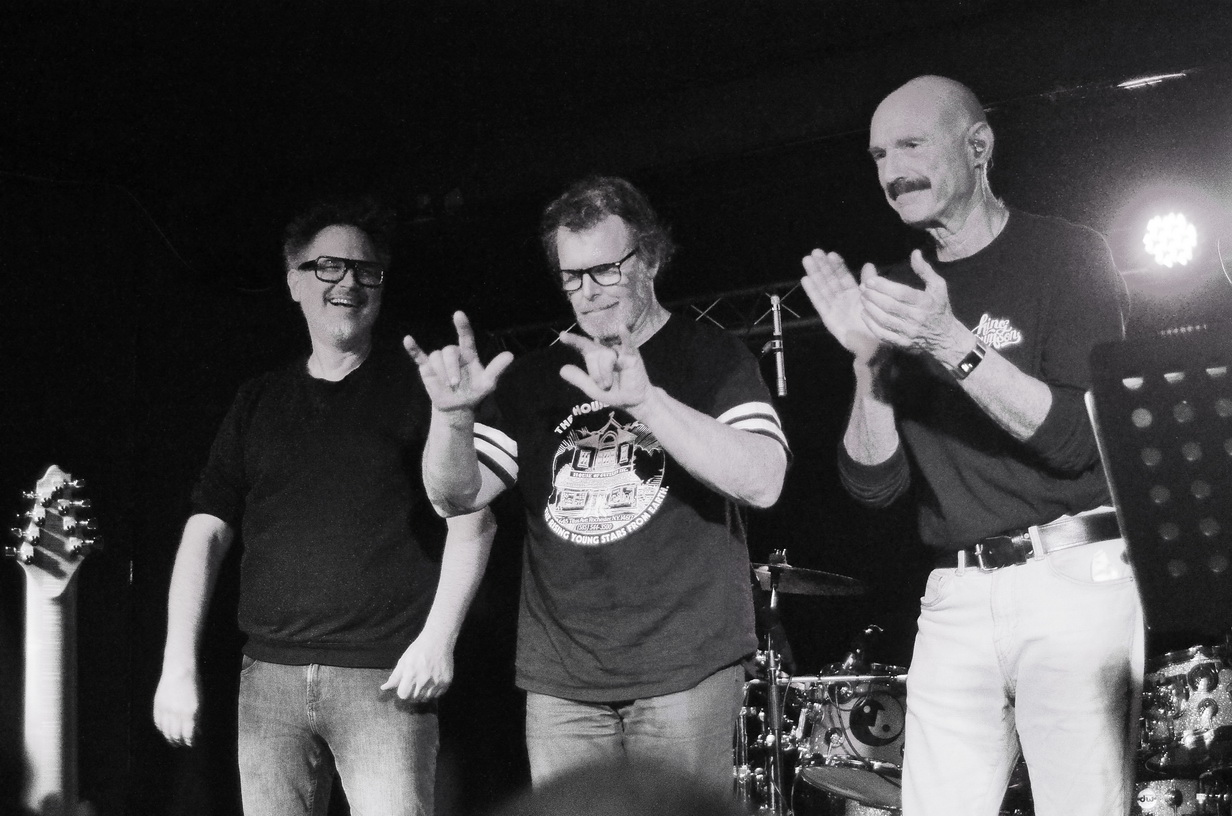 True Progheads wait for shows like this one. The Stickmen consist of Pat Masteletto on Drums, Markus Reuter on Guitar and Tony Levin on Bass, or Chapman stick if you want accuracy. They are the highest caliber of progressive rockers that take this genre into territories of the unknown. The opening notes from Markus started the show with an electronic swampy drone that elevated itself into a morphed out airplane ready for takeoff.

We eventually slipped into darkness with Prog Noir and the very high strung new tune called Cusp. They did play some new stuff from their new release called Tentacles. The story behind this is that Markus gave Tony a new instrument to play and it had 10 strings, hence the reason Tentacles was born. It is yet another deep endeavor into the experimental world of Prog music.

Then I began to see RED! Yes they slipped into the King Crimson’s classic Red and gave it a raw and excited edginess to it. This clearly became a crowd favourite and you could see the satisfaction in the bands face at the end of the song. They even slipped in a Robert Fripp tune- Breathless for good measure. They mentioned that King Crimson is coming to the end of their touring days and these songs need to be relished any way possible. So this tour, if you are a Crimson fan, check out this tour to hear these great pieces of music.

Another new piece they threw at us was called, Dangerous in the work place. This was an amazing extended piece of music that started off with the feeling of an office building completely imploding on itself and after you experience that trauma, the smoky aftermath that you have to crawl out from is slow and exhausting.

A cool side note was when Tony mentioned we had Toronto based Producer, David Botrill in the audience. He is known for his work on Peter Gabriel’s So album. He would also go on tour with Gabriel and dress up like Tony Levin and go out on stage pretending to play the bass, while Tony snuck behind the amps and kept playing. Peter Gabriel never noticed.

They finished the evening off with another classic Crimson tune, Level 5. Tony let us know that if we hang out after the show the band would be happy to come out and talk with everyone. Well after that song Toronto would not let them leave to sit and wait for an encore, so they gave us The Sheltering Sky, which was a great surprise from the album Discipline. Well they couldn’t leave us with that, so they pulled out one of the all time heavies, Larks Tongue in Aspic Part 2. If you know King Crimson, I do not need to talk about the incredible technical prowess it takes to pull this song off. It was a perfect ending to an evening that satisfied every brain cell and left your head feeling a little tired from that journey.

Here are some images of The Stickmen:

← Hey Metalheads, let’s slam Cancer into the ground this Easter Sunday.
Bob Shaw was smiling down on us! →

2 Responses to Seeing Red at a Stickmen Show