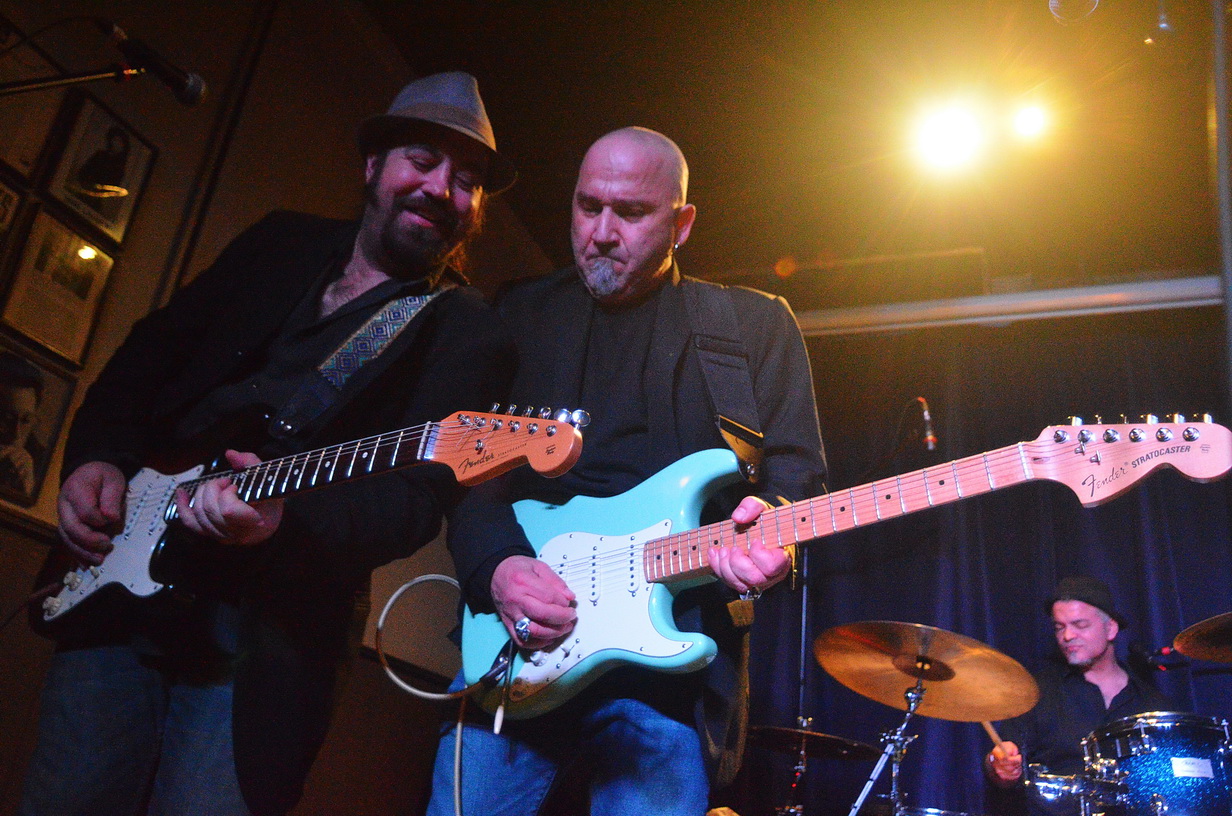 It was about 3 years ago that I was at The Duke at a blues jam session and saw Frank Cosentino for the first time and he impressed the crap out of me. I meant to see him again, but Covid came to town. Fast forward 3 years and I see an ad that is celebrating Frank’s Birthday at the Black Swan. I couldn’t pass up my chance to see this. I will be grateful I went, because the crowd and the player were in a really generous mood. Frank was walking around like a social butterfly hugging everyone. This room was filled with a lot of friends.

He got up on stage and started the evening off with some presents. He received a beautiful hand-drawn portrait of himself by the drummer, Tim Gittens. He is not only a truly talented drummer, but a great artist as well. The details in the drawing were immaculate.

Frank went on and started his set with a vengeance. His set list of cover songs kept the audience very happy. Here is a short list of some of the songs he did.

Let me love you,

Mary had a little lamb,

Jimi was also on the list with a great arrangement of Little Wing that slid into Hey Joe, and came back to little wing. That was a cool journey.

His other bandmates, Tex Bach on Bass and Mike Sedgewick on guitar(notice, I did not say rhythm guitar), because this guy can keep up note for note with Frank. If I may be so bold in saying they look like they belong together, like Blues Brothers. Frank was generous in telling stories of how he met Mike, and even how he met Buddy Guy! He let us know, there is new music on the way, and we got to sample some of those moments as well. Hey Frank, don’t forget to let Blast Toronto review your new music when it gets released.

If you did show up, there was a guitar-shaped cake on a billiards table ready to be devoured and a lot of friendly faces with some of the best blues music you will ever hear in Toronto. If you are a blues fan, Frank Cosentino should be at the top of your list when seeing your next show.

Here are some images from the birthday boy’s performance:

Here is a link to see Frank in the near future!

← Celebration of the Bitch!
Hey Metalheads, let’s slam Cancer into the ground this Easter Sunday. →