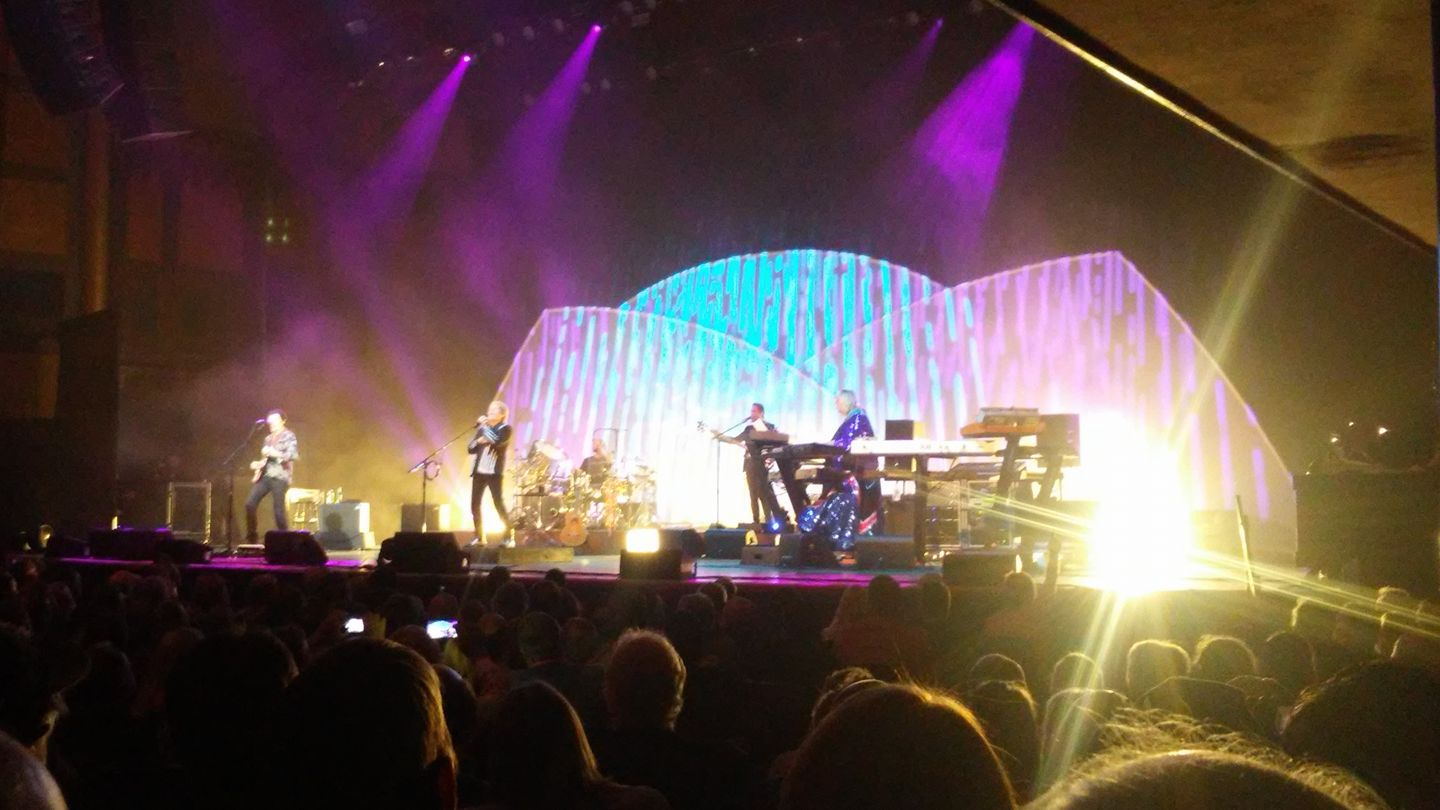 It has been 13 years since Lead singer, Jon Anderson has fronted Yes and middle aged Torontonians could not have been more enthusiastic.  I was very impressed with the reaction, not only when they got on stage but the reaction throughout the entire concert. I was one of the fans that stood my ground when Jon Anderson was released from the band, due to health issues and Yes continued without him. They replaced him, with two you tube singers in Yes tribute bands.

This particular line up had Jon Anderson leading the charge with the wizard on keyboards, Rick Wakeman. The icing on the cake was that Trevor Rabin was the lead guitarist. This combination brought together both the classic Yes as well as the modern Yes. The set list was a fine mix of the classic as well as the modern sounds that fans have loved over the years. The opening notes were “Cinema” from the great” 90125” album. I personally was waiting to hear “Leave it”, since that song quickly proceeds, “Cinema”.  In great Yes style they gave us,” Perpetual Change”. Now I am thinking this a perfect opening song since this is a rare Yes line-up.

They quickly go back to,”90125” for the song,” Hold On”, and the crowd starts to really eat this up. Then of course, with any great Yes show, they throw you off and go back to the classic, Fragile album and do, “South side of the sky”.

While the audience is truly enjoying this show, I notice they are jumping back and forth with the classic songs and the modern songs.   This was truly a unique show with songs like, “I am Waiting”, mixed with “Heart of the Sunrise”. Other great moments were hearing “And you and I” and the epic, “Awaken”.

I must give a couple of beautiful shout outs to the new members. To the drummer, Louis Molino III, who did a great job of holding the entire sound together. Even though he was drumming as Alan White, there was enough of a Bill Bruford style to keep the hairs on your arms stand straight. The other cheers go to bassist Lee Pomeroy, who had large shoes to fill. His version of filling Chris Squire’s bass riffs were not only finely crafted but very tastefully and respectfully done. I like it when they gave him the spotlight for a solo bit.

I looked around the sold out Massey Hall and saw a great blend of young fans and super dedicated older fans having fun and cheering their hearts out to this special reunion. One of the highlights was “Owner of a lonely heart”, not because the song is so popular, but they snuck in a bit of Cream’s “Sunshine of your Love”, in the middle of the song. They finished the night with the classic, “Roundabout”, which had the audience to their feet dancing and clapping in pure splendor.

After 13 years of waiting to see Yes, I hope this line up sticks around to do another tour with a different set list, or do I ask further and maybe come out with a new recording. After this show, I think the audience would give this question a resounding Yes!