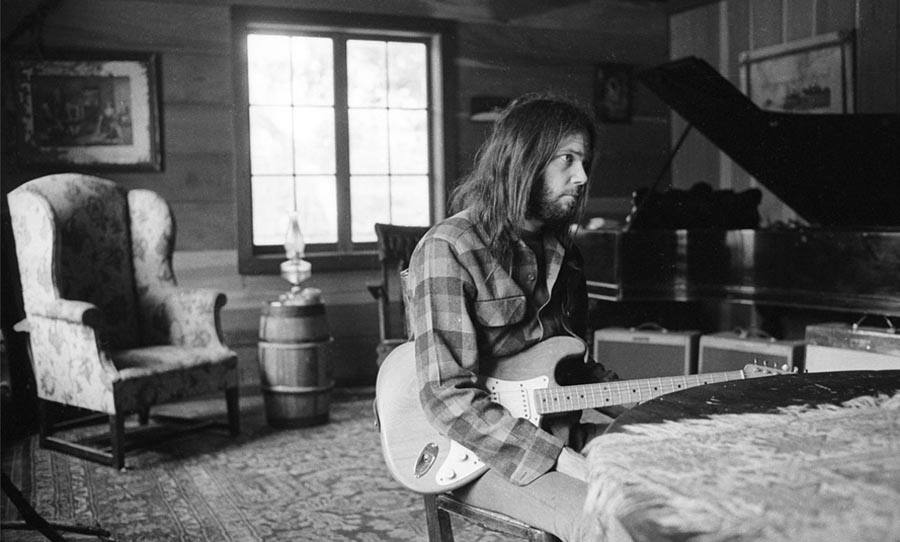 With over 50 albums to his credit, it is really difficult to just choose one great Neil Young album. So instead of debating this endless topic with everyone, I am sure you will see other Neil Young postings in the Canadian Shield.

Harvest is Neil’s fourth solo album, coming off the heels of another mega album, “After the Gold Rush”. Neil’s take a sudden turn in his sound as he works with a new band called, “The Stray Gators”, that consisted of studio musicians, Jack Nitsche on piano, Ben Keith Steel Guitar, Tim Drummond on Bass, and Kenny Buttrey on Drums. This country record was a solid footstep in Neil’s repertoire. Just when you get through the first two songs, the third song introduces the London Symphony Orchestra, creating a larger than life insight of a man’s solidarity, called, “A Man needs a Maid”. Jack Nitzsche did the arrangement for this piece. Jack also arranged another solid piece of music, called, “There’s a World”.

Well the album only seems to get better and better when you realize, Neil invited some friends to participate on his record. There was Linda Ronstadt and James Taylor helping out with vocals on, “Harvest”, and “Old Man. He asked his other partners, Crosby, Stills and Nash, to do harmonies on songs like, “Are you ready for the country”, “Alabama”, and “Words (Between the lines of age)”.

When the album came out, it did not receive the critical acclaim you would think it should. Instead it was viewed as Neil rehashing old themes, mixing genres of music, making the album inconsistent, but in my opinion, this is why it is great. Not only do you have a great country album, but the experimental use of a dramatic orchestra, and beyond that, possibly of Neil’s greatest songs, “The needle and the damage done”. Never have two minutes been so poignant and honest about musicians who have suffered from heroin use.

Harvest is a patchwork of creative ideas coming from both fresh and seasoned musicians, who clearly believed in Neil Young vision.

Here are some images of Neil Young: