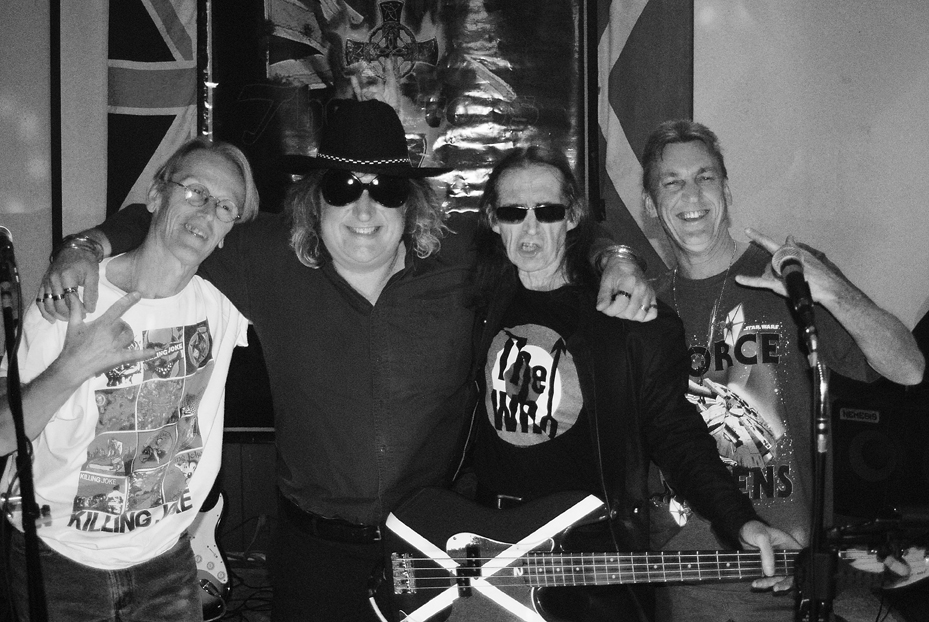 There is a new cover band in Toronto and you could have found them playing Friday night at McGradie’s on Victoria Park Ave. The band is called The Cross and it consists of Singer, Tom Craig, Keyboards, Steve Horvath, Guitar, Mark Cowling, and Drummer, David Alexander.

I felt a little out of place because the place was pretty empty, and I thought it was going to be this way for the rest of the evening. Well the good thing is that I was wrong. As the night progressed the crowd began to fill the room and the party soon broke out.

The set list was filled with great songs from the 60’s and 70’s. They played three set lists and just brought the party to the people and the audience responded very well. There was some audience participation with people playing tambourines with the band.  They even brought on a dude who could really wail on the Harmonica. The Cross really focused on bands like The Beatles, The Rolling Stones and The Who… That is a lot of the’s.

They played a lot of the popular songs and added some rare gems for the really big fans. Some of The Beatles songs were, I’m Down, Money, Slow Down, and Get Back. Some of the Rolling Stones songs consisted of, Brown Sugar, Not fade away, The last time, Gimme Shelter, and Honky Tonk Woman. The Who songs were, The Seeker, Won’t get fooled again, and I screamed out I can’t explain, so they did their best to accommodate me and the rest of the congregation.

Other gems of the night were,

Gerry and the Pacemaker’s Ferry across the Mersey.

I must digress, I do not want to give away their entire set list because I want you to go out and enjoy this fun party band for yourself. They are four mature players that still know how to have a great time and they will pass that on to you.

Oh, By the way if you decide to go to McGradie’s, order their basket of onion rings for five dollars. You will not be disappointed.

To find out more about The Cross go to… https://www.facebook.com/Tomyroxx/

Here are some pictures from The Cross’ performance: