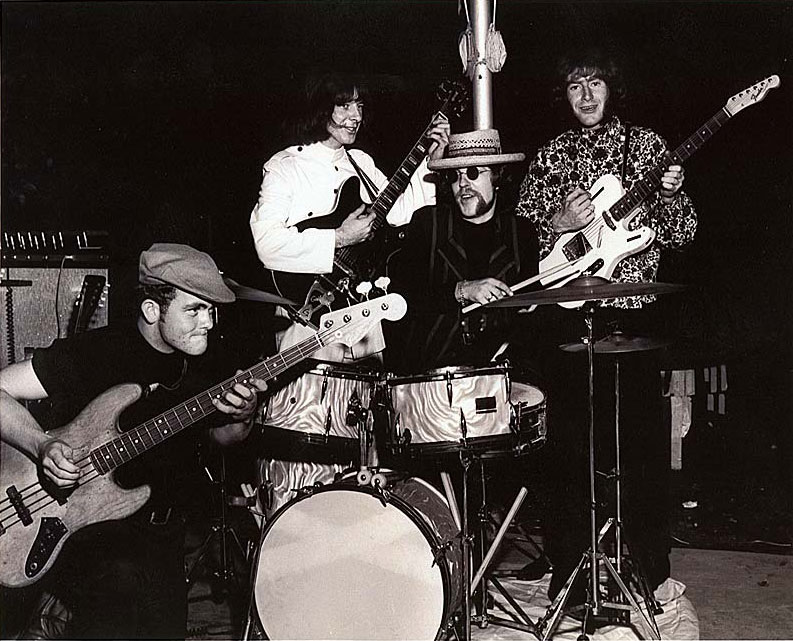 Back in the 60’s Canada did not have a lot of choice of psychedelic Rock Bands. You had the Guess Who, and Steppenwolf. After that our sound was either Country or Folk, but a pop band emerged and added a wonderful flavor to our landscape. They were huge in the Yorkville scene as other bands fought for attention. The Paupers were a great blend of pop, psychedelic and folk energy.

They were forwarded $40,000 to do a 17-city tour in the states and opened for bands like Cream, MC5, and even the Grateful Dead.

Their debut album, “Magic People was filled with one great song after another. Each song stood proudly on its own as a special story to its listeners. There are moments of flowery imagery in your hippie dream. Like, “Magic People”, “Tudor Impressions”, and “My love hides your view”. Folk sounds came flowing out of songs like, “Let me be”, and “One rainy day”. There were even a couple in your face encounters with, “Think I care”, and “Simple Deed”. This Canadian album was screaming to get out and be a part of the Psychedelic Rock World. The band practiced 13 hour a day and was one of the tightest outfits on the road. Their live performances were getting truly noticed as they were giving headlining acts a run for their money.

During this period, the Paupers were going through line-up changes and different managers that kept attempting to get them a larger audience in the States. This added a lot of pressure to a young band that was promised they would be the next big thing. They got their big break at the Monterey Pop Festival only to have everything crash all around them. There was equipment problems, and chemical problems floating around within the band, that had them on a fast track into a ditch.

The band managed to put together a second great recording called, “Ellis Island”. This would be the end of the band, but for a brief shining moment in the mid sixties, Canada had one of the best bands in the land. They leave us with this true gem of sixties sounds that will always be a part of our musical heritage.

If you are a fan of this album, I would love to hear any comments you have about this record. If you want to read more stories of this nature, hit the like button on facebook.

Here are some images of The Paupers: