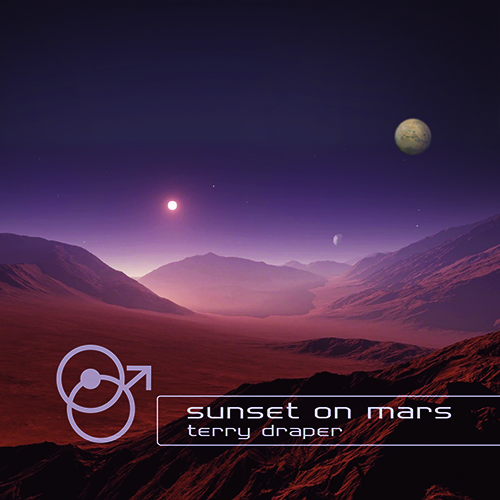 With Terry Draper releasing his 16th studio album, you have to ask yourself, does he still have something to say? Well after my first listen, I would say yes and his conceptual twist seems to be projected towards the youth of today. He seems like and older and wiser soul that wants to interject his experiences and philosophies onto a young audience without being preachy about it. His musical approach is friendly and has the right capacity of emotional depth to catch hold of a young listener. This would be a great record to share with a parent and a very new listener.

The opener, “Sunset on Mars”, is completely reminiscent to the days of being in the band, Klaatu. It is exploring space themes in a provocative and enjoyable way. Terry then begin his crusade of teachable moments with songs like, “Screenagers”, “Giving” and “All of our days”, which has a Moody Blues artistry attached to it while today’s lesson is we only have today, but always look towards the future. In other words, YOLO!

There is the other side of life as well, where it can be a struggle, with songs like, “Terminus Politcus”, “Lima the Grey”, and “We all fall down”, where you have the choice of staying down or getting right back up.

There are songs of spirituality like, “Now”, that teaches us gratefulness, “Watching You”, as if we all have a guardian angel”, “The Children March”, where we all get to carry a renewed sense of hope.

Terry has a great ability not only to write fine songs, but add the music that creates the emotional tie of his storytelling. Just when you think you have heard all the stories, Terry finishes of with the ever loving song from the Wizard of OZ, “If I only had a brain”. I think Terry thought this album out thoroughly, and yes he does have a brain. He has been a musical artist for nearly 50 years now, and that says a lot in today’s fickle industry.

Here is a video of one of Terry Draper’s latest tracks: