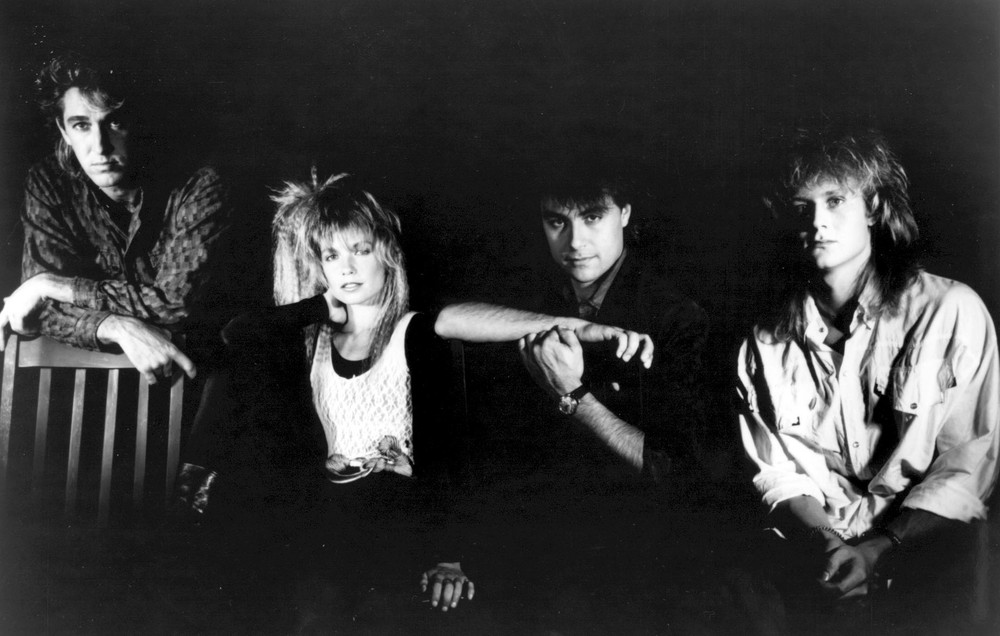 The year is 1982 and Toronto was in a swirl of young electronic pop bands that were jostling for attention to get into the bigger spotlight. I recall bands like Images in Vogue, Blue Peter, The Parachute Club, Martha and the Muffins, Platinum Blonde, and Rough Trade. They were all out to seize the new industry crown. They were all racing for the prize, then an album came out and grabbed everyone’s ideation of the pop standard. The band was Spoons, and this was their second attempt at stardom. The first album Stick Figure Neighbourhood receive no accolades or any praise of genius from anyone. It was this second out called Arias and Symphonies that brought forth a power pop album that Toronto loved. What was it that changed from the first album to this new sensation?

I believe there were a lot of different but important ingredients that gave this record a full bloom in the field. The band was young and very good looking. You had Gordon Deppe on guitar and vocals, Sandy Horne on Bass and Vocals, Rob Preuss on Keyboards- Jupiter VI and SH-2000, and Derrick Ross on Drums.They were meant to be in videos. Much Music must have been elated watching these young musicians having fun producing innocent and quirky videos. Just go to You Tube and watch Nova Heart. They would go on to do Romantic Traffic and Old Emotions.

They also brought in a ringer of a producer, John Punter. For those of you who do not follow the works of certain producers, John Punter has had a bit of success with bands like Roxy Music, Bryan Ferry – Solo works, Japan, Nazareth and Slade. It just so happened, that John just moved to Canada and was introduced to Canadian Music. Well this was a pairing that was perfectly balanced. A band willing to explore and stay open and a veteran of the recording studio, this was going to be something special.

Even the cover of the album signified a sense of style and grace. It is a photo of the Spanish Riding School in Vienna. It did not have the fun and crazy colour pop art of the early 80’s. When you love at the cover you believe there is something deeper here.

The depth is the quality of the songs that are laid out from beginning to end.  From the quirky instrumental opening of Trade Winds, you are unsure how this album was going to play out, but once the first few notes of Smiling in Winter begins, Sandy Horne’s bouncy bass line has you bopping back and forth and you knew this was going to be a good ride. The intense caffeine filled, One in ten words gets you all jittery with Sandy on high vibrato vocals, similar to a Kate Bush or Toyah, light and airy. They don’t slow down the pace with No Electrons. Pure electronic pop precision mixed with a dance beat that gets you bouncing around the room. Side 1 finishes off with the song, No more growing up, which is the clear message of staying young forever. You are now stuck in a dance album and you don’t want it to end. It is fast enough to keep you moving and spacious enough to keep you head in the clouds.

Side 2 stays strong with my personal favourite, Arias and Symphonies. They stay with the high intense drum beat, but create all those perfect hooks that these new wave songs demanded. It is a great mix of spacey, swirling synths, ethereal vocals and solid melodies. The album slides into what will be their biggest song, Nova Heart. It is a futuristic view of how the youth will stow away their honest feelings and only bring them out when everything else in the world is crumbling down. South American Vacation continues with a warmer sound and some vocal play between Gordon and Sandy. A girl in two pieces was a stretch in the world of Reggae, meets synth pop music. It made sense because Bob Marley was a huge artist in the Canadian Psych in the early 80’s, so I understand borrowing this sound for many of the songs being produced during this time period.  Walk the Plank comes back hard and in you face. For some reason when I hear this I also hear a little bit of Duran Duran’s Rio. Well they both have that boat theme going on. The album finishes off slow, strong and sincere with Blow Away: The last breath of this band sending out their energy to unknown destinations.

Toronto had a very vibrant new wave scene in the early 80’s and we can only be thankful a band called Spoons answered the call and wove their musical fabric in Toronto’s and Canada’s identity.

Here are a few images of the Spoons:

One Response to Spoons – Arias and Symphonies