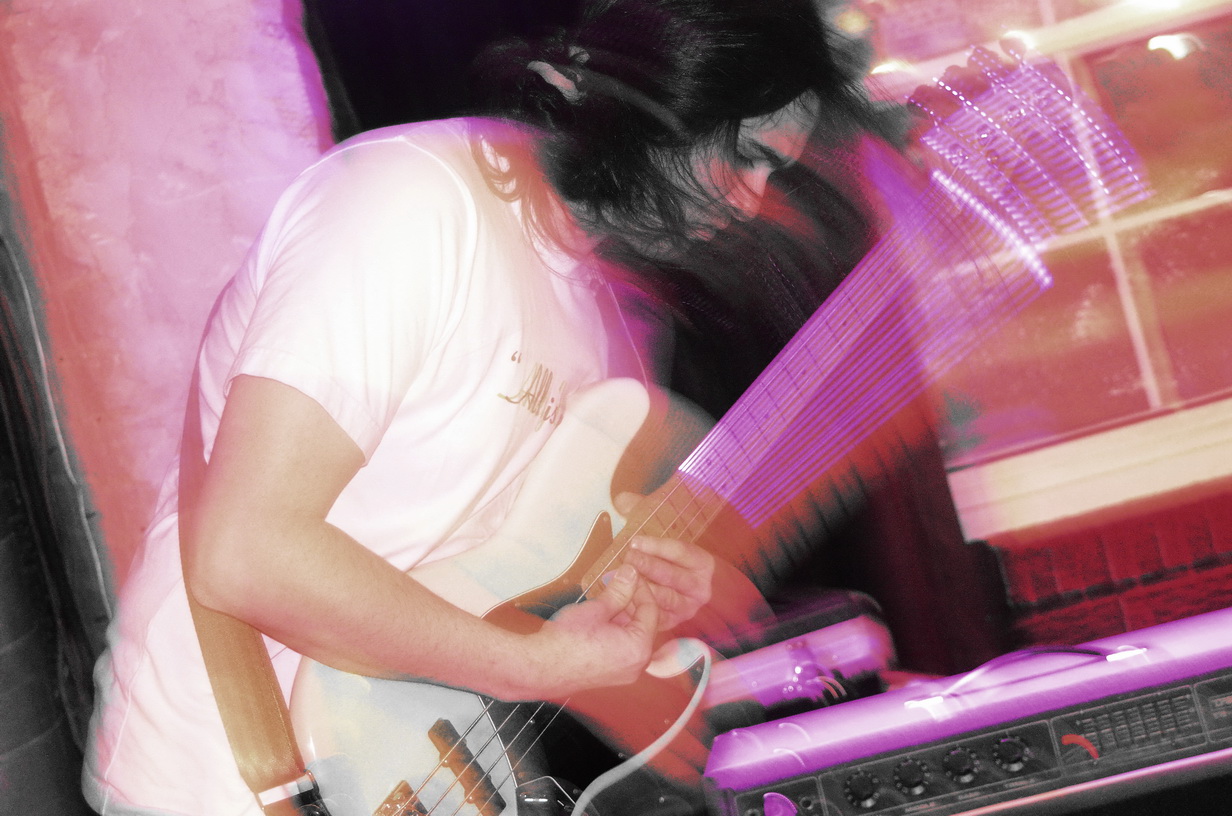 When I walked into the Tail of the Junction, the first thing I heard was, I believe a mud shark in its death throes. The writhing energy could not be described right away. It was like they were fine tuning their instruments to be the best and most torturous meat grinder around. The band in question was Waste Youth, a two piece band consisting of a drummer and a bass player: no guitar. They were all bottom end with animal on drums and vocals. The question is how much noise can two people make? Well if you checked out the mosh pit, you would have your answer. There was a very fragrant pungency floating around in the room as an old man passed out and face planted into the stage. The best part of the evening was the owner put him back into his chair while a woman screamed to let him sit in the back of the room. The owner proceeded to yell back “It’s Rock and Roll”! Well this all happened during the song “No Shit”, yeah no shit Sherlock, perfect time to take out an eye!

Here are some images of Waste Youth:

The Mvll Crimes hit the stage next, and yes it is pronounced Mall Crimes. The music was muddy and definitely moshy. The pit was mostly made up by young females getting out their aggression. The sound would be melodic thrash except for the last song, they did by the Cure. That one had some pop sensibility to it. The highlight for this band is when they did a song where the singer described all the foods she doesn’t eat. I think she’s vegan. The only meat she is into, is watching people slam their bodies into one another. Angry young women take note; go see this band next time they are in town.

Here are some images of Mvll Crimes:

Last up was The Slime. There isn’t not a lot I can say about this ban: I can start off with, they were a cacophony of undulating inhuman torture. The crowd really seemed to dig it.  The wall of noise seems to invite the madness and chaos that everyone came and paid for. The Mosh pit was the liveliness I have seen in years. This was two years of not being able to release that kind of energy due to Covid: the anger of joy as I saw it from the floor of this well established dive.

Here are some images of The Slime:

I had earplugs in, I had nose plugs in, the room was slippery from all the sweat and the happiness after the last song was worth the work out. Everyone came, saw and they skunked up the great indoors!

← A Lot of Tales at the Junction
Getting over Hump day →

One Response to Smell the Tale