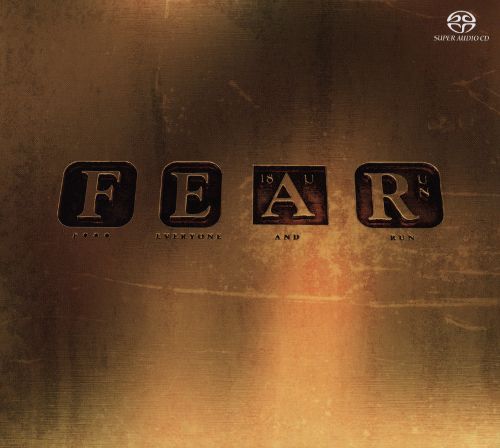 Marillion’s 18th release is not for a top 40 newbie trying to discover the new pop song, even though Marillion has hit the charts with solid numbers throughout Europe. This political album is filled with despair and loathing, anger and a lot of WTF moments that  happen within this inspection  into a dystopian lifestyle. There are moments of betrayal, and longing, loneliness and lethargy.  The album runs through the deeper emotions of our collective psyche and we come out on the other side with a sense of FEAR. Is this the decimation we are beginning to spiritually grow into?

The album starts off with the complex opener El Dorado. It is a roller coaster with no clear direction. The innocence of simply being with the nature of the earth is swallowed up as the storm begins to brew and sets you up for a wave of complete unfeeling soul sucking energy of the greed towards metal: Gold.

Steve Rothery’s first guitar solo is richer than the gold and tries to sooth you from these initial horrors of becoming less non material as you are naturally born into. The gold came back and began to separate the worth of our souls. FEAR begins to grow because it is living just beneath us and is ready to destroy us. So the instinct to protect what should be a natural instinct begins to erode away. We finish off on a metaphysical note, the message, is it that we are falling angels in this time or rising apes looking forward to tomorrow?

The message of “Living in FEAR”, becomes a diatribe of the trust we should naturally feel. I love how the word FEAR keeps showing up in the lyrics, as if it has its own value. It’s not the monetary cost but the cost of our souls being paid out. The Dalai Lama would love this song.

When we get to the “The Leavers”, the gypsy energy it carries into the hearts of those who grow roots on this planet is a beautiful and heartfelt message that brings a strong sense of yearning for both sides of the human condition. Marillion set themselves up like the great circus’ that would go from town to town and bring a gentle sway to those who do not permit themselves to become nomadic. As an audience we show up to have a momentary feeling of freedom, just to return to the mundane lives most of us know. The distance is felt deeply as Steve Rothery pulls and tugs from the strings he knows only too well.

Up until now there has been a tremendous build up of frustration and anger and forlornness. The exhaustion one feels listening to this album becomes a downward spiral, that’s when the moment happens and pure release is opened up, only the way Marillion knows how to do. The song leaves with a beautiful romantic hug that soothes our soul one more time.

We move on to a song that speaks through a myriad of metaphors. “White Paper”, travels through a labyrinth of emotions and colours and creating a character that we all can identify with, because we have been that character.  The esoteric journey weaves through the spectrum of confusion because the the colours encountered on this pilgrimage never truly brings happiness.

There single: “The New Kings”, starts off as a huge slap in the face of humanity. When you are soooo rich and powerful you tend to forget there are other mortals with the same feelings and spirit. The level of entitlement has truly grown out of control. Gordon Gekko would absolutely love this song, because absolute power corrupts absolutely. Bring up the word Trump today and we have a wonderful portrait of humanity gone wrong. Just place his portrait beside the Dalia Lama’s and things will be pulled into focus much quicker. The loss of our innocence is shattered with the realistic query of, do you try to live with your dreams or do you buy into the corporate lifestyle. With such a polarized view, you will ask yourself, why is nothing ever true?

Just when you think life couldn’t suck bigger balls, The Leavers say goodbye and let us sit where we are feeling oppressed with our empty energy that we have been carrying most of our lives… Good times.

Marillion’s new journey is not a happy one, but one from an honest point of view. As a species, we are disconnecting. I deal with this all the time with the phone company, the bank, Insurance companies and many other places, that place the almighty gold over humanity. These corporations, condition our mind, and see us a wallet, and bully us to get the most out of us. And they don’t even have the decency for a simple reach around.

Marillion is brave enough to write about it and let us know that we still exist and are important. Too bad they had to piss us off and throw these life lessons in our face. I am sure this recording will have mixed reviews, and I hope a new dialog will be created, because I personally love this album and I hope it will slap a little more humanity back into today’s society.

Marillion is playing the Danforth Music Hall on October 31st. Come and check out the new recording and here it live. For more information go www.marillion.com