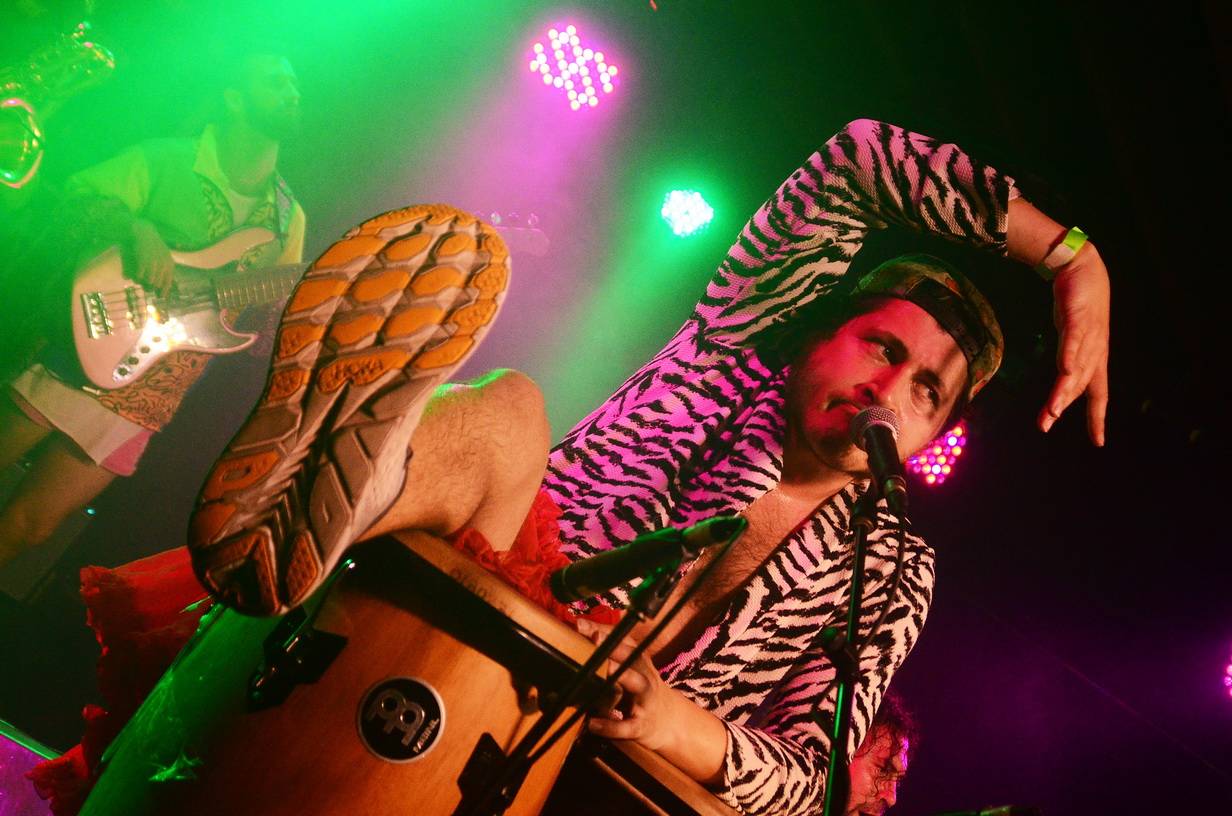 Don’t worry The Velvet Underground is still standing, but we had quite the BBQ last night. It began with the local band The Pawn Shop opening for Five Alarm funk. They stared the evening off with some smooth jazz funk but soon slipped into a thumping marching beat that stared to wake up the crowd. They were beginning to get into a deep groove and all of a sudden Eleanor Rigby showed up in a cool guitar solo.  Their joyous energy began to move around the room and bring the quiet fans closer to the stage. I even saw two girls go up to complete strangers and got them to bust a groove on the dance floor. The crowd grew more receptive and began to appreciate the feeling of falling into something special. The Pawn Shop has that talent to do that. They can bring in a great 70’s vibes similar to smooth Santana or an Allman Brothers vibe but with heavenly hints of Jazz and Funk. Keep an eye out for these guys because they do the Toronto circuit.

Here are some images of The Pawn Shop:

What can I say about our next act… it’s been 3 years since they spewed forth onto our fair town. The anxious crowd was getting excited as the band slowly put up it equipment and the percussionist, was unpacking his bag of goodies. The Funk was ramping up because we had the theme for Shaft playing to get the crowd in that Bad Mother_______,(Shut your mouth) Mood!

FAF came on and set the place ablaze on the first notes! This is one of the hardest working bands today! Their urban grooves hits you like a flame thrower and you gotsta move! They threw mustard in our proverbial faces, and then they created chaos for the drooling masses. Toronto finally woke up during a major song, Wake the Funk Up! Mufasa came on stage and got things wild. Just when the place was truly catching fire, they put it out with their Sweat. There was a whiff of Ill-will in the air, but have no fear, Five Alarm Funk, ran that sucka over with a Freight Train. They showed us their Power and cooled us down on their Iceberg, and then we took flight on an Iron Pegasus.

Throughout these moments, our lack of cognition was assaulted by, great horn solos at the front of the stage, awesome and powerful guitar solos and two wicked drummers keep the crowd bouncing for more. There were flying hands, a land shark, or was it a harmless dolphin… We witnessed a dancing banana, hot dog and loose shoes playing the bongos, and a less than reputable reporter on the scene. Five Alarm Fire’s antics are so entertaining; you forget you are jumping around like a smoke filled widow! The good news is at the end of the evening we all washed our face and left sweaty and drained. That’s what a great concert should do!

Here are some images of Five Alarm Funk: